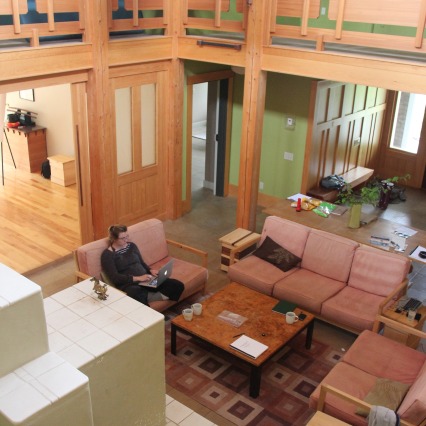 The purpose of the writing workshop was to identify potential publications that could be produced out of literature reviews and research projects conducted in the 2012-2013 academic year. At the beginning of the weeklong workshop, participants reviewed writing principals and brainstormed scholarly and non-scholarly publications. After deciding which publication ideas were most promising, the team broke into small co-writing groups of two to three to produce outlines and draft publications. The larger group re-convened several times to provide feedback related to content, structure, and style.

The writing workshop was held at the beautiful Windhorse Farm, a 170 year-old sustainable forestry farm located in endangered Acadian Forest in Nova Scotia. While at the farm, the team was able to take in the forest by walking the incredible trails and enjoying the farm’s nearly 25 year-old permaculture garden, complete with beaver pond! The team was also able to participate in two guided forest treks—a contemplative walking tour and a night walk.